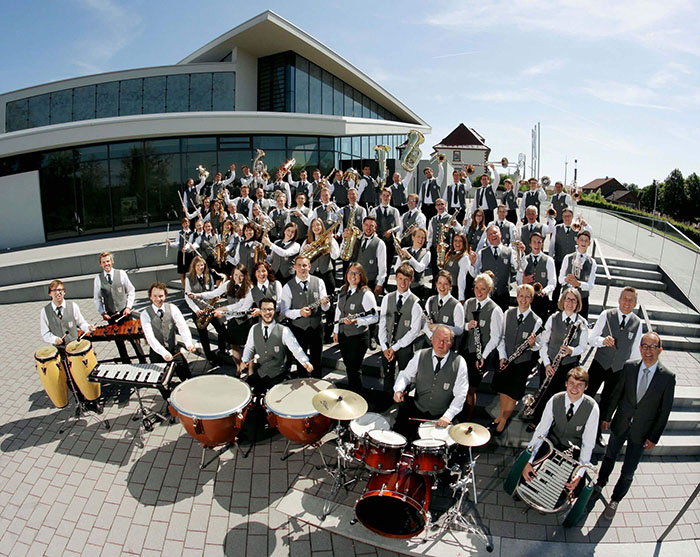 Due to many invitations to carnival rides within Germany but also beyond it, we were able to increase the popularity of the town band in the last years. So the "Kerl wach uff" already played in Zurich, Basel, Vichy, Sarreguemine, Nancy, Luneville, Mühlhausen, Yssingeaux, Strasbourg, Nantes, Feldkirch and Tenerife, just to mention the international trips. 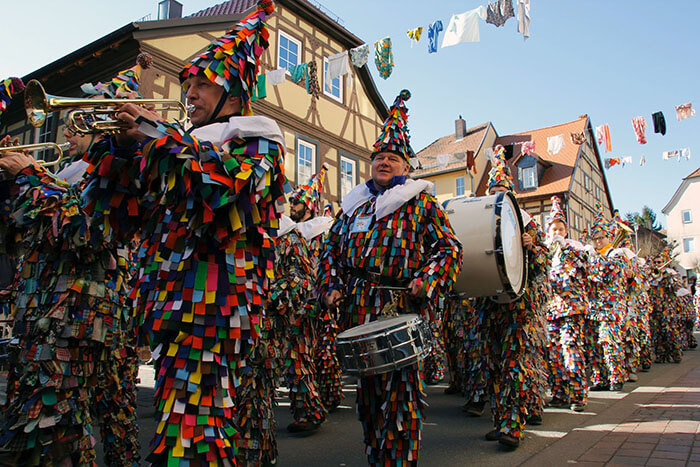 Another musical highlight were the two Euro-Music Meetings in 1991 and 1996, where choirs and different orchestras from all over Europe met in Buchen and had different performances here.

In 1993 the town band celebrated its 100th anniversary with a birthday party in the Frankenlandhalle and a 3-day pre-summer festival in the museum yard. Another point in the calendar is the pre-summer festival, which has been held every June since 1975 in the historic area of the museum yard. The town band organises and conducts this festival together with the Catholic church choir. 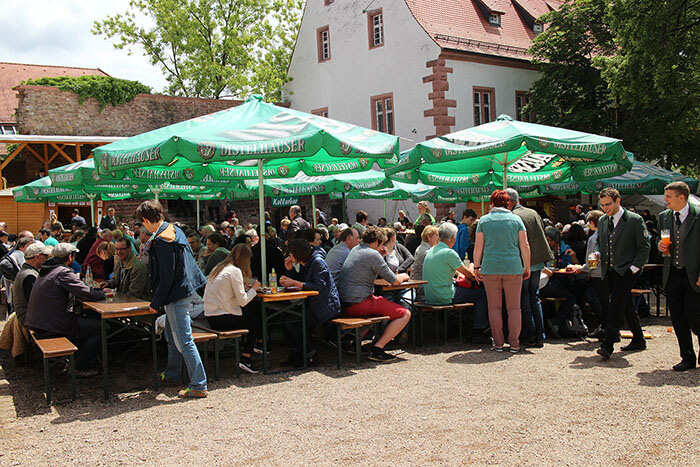 Since the town band is very sociable, there are also some internal highlights. For example, the traditional cap evening in the 5th season, which is held every year under a new suitable or unsuitable motto and during which in-house medals are awarded. Our family outings and autumn hikes around Buchen are also important points in the course of the year. They are a welcome resting place during the many performances and compensate the family members for the musicians' privation. The end of the year is celebrated every year with a Christmas party at the "Prinz Carl" in Buchen.